According to 95% of all cases men hair loss are seen as Androgenetic Alopecia, also known as a male pattern thinning. In which hairline recession starts at temples (right and left side of hairline) or top of the scalp. In final stage a band of hair is around the back and sides of the scalp, whereas the rest of the scalp remains bald.

Hair thinning normally starts in late teens or early 20s, and a person could get bald by the age of 30. About 50% of men suffer from genetic hair loss of different patterns by the age of 50. 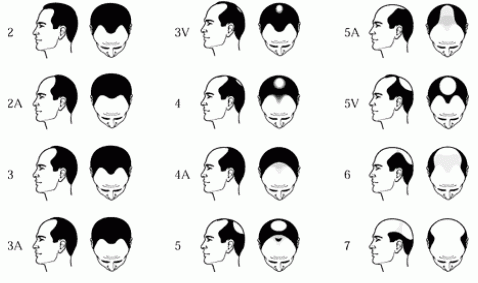 Development of genetic hair loss could happen due to following factors